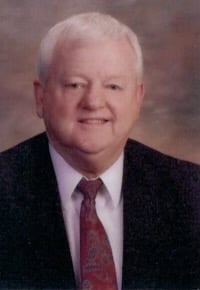 A lifetime area resident, Gary was the youngest child of Gale and Thelma Williams. He graduated from Beaver Local, class of ’61 where he participated in sports and high school clubs; he then earned a Bachelor’s Degree in Education from Youngstown State University and was a proud Vietnam Era Veteran who served in Korea. On February 26, 1966 Gary married his sweetheart Patty Ann Lynn. Theirs is an enduring love story of 55 years. Gary was a career educator working as a teacher, coach, and Administrator for Beaver Local Schools where he retired in 1995. He always encouraged students to reach their potential. Along the way, Gary found additional ways to earn money to care for his ever-growing family including painting houses during the summer and keeping books for small businesses in the tri-state area. The Williams van was often spotted  after evening church up on Dresden Avenue at Dairy Queen because Gary had a big heart to provide treats for his kids. He was that kind of Dad! Gary believed in God, Family and Country – he served in that order.

A lifelong learner, Gary earned his Masters Degree from Kent State University to advance his career in public school administration.  He retired from the Army Reserve in 1992 at the rank of Lieutenant Colonel. Many family-inclusive vacations happened during Gary’s years of military service. Gary believed in good governance and he had the to courage to seek public office. He served as Columbiana County Recorder and Commissioner and was a longtime Madison Township Trustee.  In retirement, Gary also sold Real Estate with Tri-Ohio Realty. He led a busy, fulfilling life. He relished Patty’s home-cooked meals and favorite desserts, fresh coffee at Tim Horton’s and the good years his sons played high school sports and college football.

Gary was a member of Point of Mercy Sanctuary in Lisbon. He firmly believed in building his life and family on the truth of God’s Word. He was involved in the administration of the local church for many decades, and remained relentlessly faithful in serving God until the very end of his life. Within the congregation he is fondly remembered as a jovial song leader who possessed a unique ability to inspire others when he led the congregation in worship. His faith in God was the source of strength that he drew from when faced with life’s most daunting challenges.

In addition to his parents, Gary was preceded in death by older brothers Gale, John, and Darrell Williams; and by stillborn twin daughters Suzanne and Sharon Williams. He is survived by wife Patty; only sister Gloria Reed of Scottsdale, AZ; life-long friend & sister-in-law Carol Calhoon of East Liverpool; extended family plus friends & colleagues in the community and across the USA.

Due to COVID-19 restrictions, the funeral service will be restricted to family members only at the Point of Mercy Sanctuary in Lisbon where Pastor(s) Ronnie Boyd and John C. Carroll will officiate.  Burial will follow at Columbiana County Memorial Park where the Tri-State Veterans Memorial Group will perform full military honors.  In lieu of flowers, the family requests that memorial tributes take the form of contributions to the Gary L. Williams Memorial Scholarship in care of the Beaver Local Schools Foundation, P.O Box 2503, East Liverpool, OH 43920 or online at PayPal.me/BeaverLocal.

Friends may send condolences or sign the guest book online at carechapel.com.

Arrangements are being handled by the Care Funeral and Cremation Specialist in Calcutta.