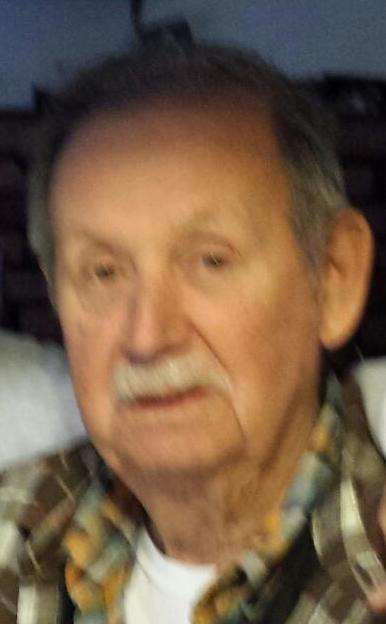 Gale  Maple Jr. 87 of Calcutta died at home July 5, 2015 after a lengthy illness. Gale was born in Hammondsville on July 12, 1927 a son of the late Gale and Ellen (Baker) Maple. Having lived his entire life in the area, Gale worked as a Heater for Crucible Steel for 37 ½ years. He was a veteran of the United States Army, a member of the Pleasant Heights Baptist Church and was an avid golfer.

Gale is survived by wife Mildred L. (Nelson) Maple, Whom he married April 24, 1948; a son: Keith A. Maple Sr. and his wife Helen of East Liverpool; four daughters: Lorrain “Diane” Blankenship and her companion Ken Borowick of Wintersville, Gail McCauley and her husband Ron of Calcutta, Connie Burlingame and her husband Michael of Calcutta and Donna Wilkes and her husband Perry of Clarkson; 10 grandchildren and 14 great grandchildren.

In addition to his parents, Gale was preceded in death by two sisters Margie Martin and Ovan Maple.

Services will be held at the Calcutta Chapel of the Martin MacLean Altmeyer Funeral Home on Wednesday July 8, 2015 at 1 PM with Pastor Bill Wagner of the church officiating. Burial will follow at Columbiana County Memorial Park.

Family will be present to receive friends at the Calcutta funeral home on Tuesday July 7, 2015 from 6-8 pm.

Family and friends may view this obituary and leave online condolences by visiting our facebook page or our new website www.martinmacleanaltmeyer.com