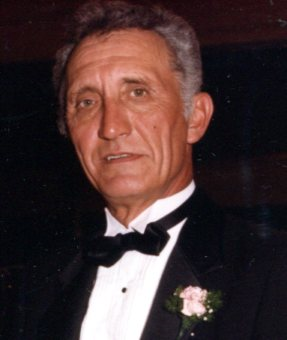 Frank S. Thornberry Jr. age 82, passed away at the Calcutta Health Care on Friday, February 2, 2018, after an extended illness.
He was the son of the late Frank S. Thornberry Sr. and Grace (Chetwin) Thornberry. Frank was born in East Liverpool on July 31, 1935 and lived his entire life in this area. He was employed at the former Crucible Steel in Midland where he worked as a Turn Foreman in the hot strip. After the mill, he worked in security at the new Pittsburgh Air Port and at the Bruce Mansfield plant.
Frank was a veteran of the U.S. Marines, serving in Korea and as a Drill Instructor at Paris Island.
He enjoyed gardening around the house and recycling items into art, which he gave away.
Survivors include his wife, Elizabeth “Betty” (Black) Thornberry of 56 years. They were married on August 19, 1961. Two daughters, Michelle Cornell of East Liverpool and Susan Stroud and her husband Robert, of New Egypt, N.J. Four grandchildren, Aaron Thornberry of East Liverpool, Grace Cornell and her finance Matt Craig of Canfield, Elise Stroud of New Jersy and Abigail Stroud of Pittsburgh.
In addition to his parents and son in law, Frank is together again with his brother, Joseph Thornberry who died many years ago.
Services will be held at St. Stephens Episcopal Church in East Liverpool at 11:00 AM on Wednesday, February 7, 2018 with Fr. Steven McKeown officiating. Burial will be in Columbiana Co. Memorial Park where military honors will be granted by the Tri-State Burial Group.
Friends may visit with the family at the Calcutta Chapel of the Martin MacLean Altmeyer Funeral Homes on Tuesday from 2 to 4 and 6 to 8 PM
Friends may see this obit, send condolences, or sign the guest book online at www martinmacleanaltmeyer.com.