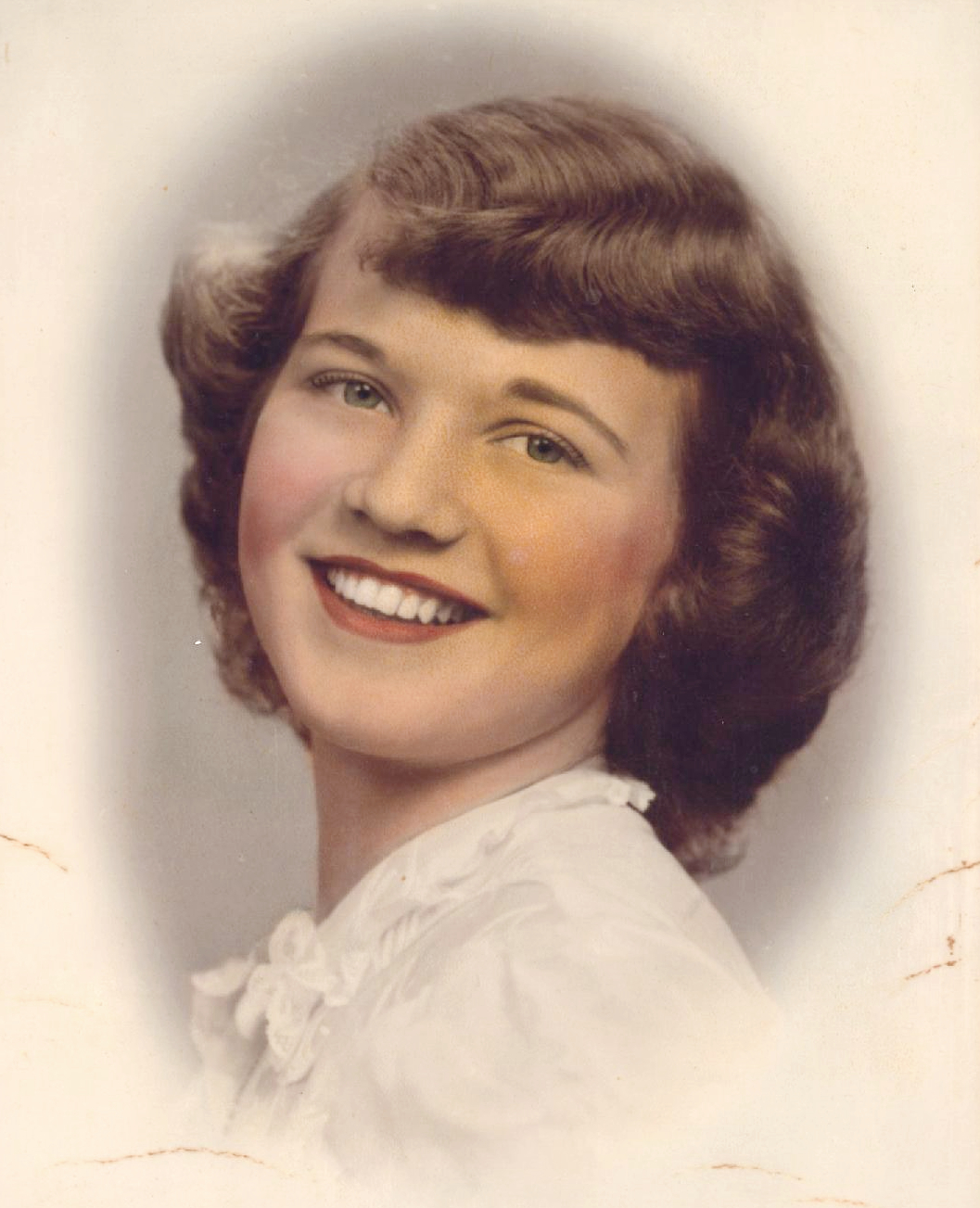 Frances “Jean” Santimarino Baldasare, resident of Wellsville, passed away at the age of 89, on December 23, in the home where she lived for 58 years.

Jean was born in Hollidays Cove, West Virginia, on October 4, 1932. She was the oldest daughter of Fred and Helen Antimary Santimarino. She was raised along with her six siblings on a farm in Rogers, Ohio. In the summertime, those who were old enough spent their time on neighboring farms picking fruit and vegetables, along with swimming in the local streams and ponds (making sure to watch for snakes!)

Jean graduated from New Waterford High School in 1950, where she was a majorette and varsity cheerleader. After graduation, she moved to Wellsville with her family and worked at Russell’s Dairy where she met her future husband, Fred Baldasare, whom she wed on June 27, 1953. They were married for 67 years before he passed away on September 10, 2020.

She was a devoted parishioner of the former Immaculate Conception Church in Wellsville until its closure in 2011. She volunteered countless hours for her church and was passionate about singing in the church choir. She always said, “She who sings prays twice.” Most recently, she belonged to Sacred Heart Church in Chester, West Virginia.

Jean was involved in several organizations, including her time spent with the Lady Knights (wives of The Knights of Columbus). She was passionate about animals and various charitable organizations, including The Humane Society, Boys Town, and the Susan G. Komen Breast Cancer Foundation. She was a lifelong champion for the underdog and always was searching for ways to help someone in need. She never met a stranger and always had room in her heart for everyone she met. She was a shoulder to lean on, whether it was in happiness or tears, and she always had something very wise to say. To know Jean was to love her.  She could make you laugh when you needed it the most. She was always willing to lend her time, her hand, and an ear to listen without passing judgment. She never gave unwanted advice, never tried to tell any of us what we needed to do, or how to live our lives. She wanted the best for everyone.

As a testament to Jean’s strength, determination and sheer will, she sold her best silverware at the age of 50 to do something she always wanted to do: get her driver’s license. When she set her mind to something, watch out world!  Nothing was going to stand in her way. She persevered when others would have given up, and all of her children and grandchildren learned by her example.

She had an insatiable thirst for knowledge to the very end, and that very morning spent her time drinking instant coffee, reading the newspaper, and indulging in one of her favorite pastimes – THE DAILY CROSSWORD PUZZLE! Jean had crossword puzzle books in every corner of the house, and you could more likely than not find her working on one at the kitchen table – sometimes even at 3am. And Jeopardy, oh yes, Jeopardy! More times than not, she would yell out the answers, even before the contestants could, and could outsmart anyone in the room watching with her. Many, many, MANY times, she would put off having dinner until the latest episode was over. And if she wasn’t watching Jeopardy, you could find her watching a true crime mystery.

In a family of sports enthusiasts, Jean was the biggest of all of us. She had an encyclopedic knowledge of all things sports, but especially of the Pittsburgh Steelers. She loved sports so much, in fact, she was the one that taught the boys in the family how to play baseball.

Jean was the very best cook and could make cavatelli better than anyone in the entire world. And we mean, anyone. When she wasn’t making a Sunday family dinner (complete with homemade buns, fried peppers, and cherry dessert), she was making homemade pizza for her children and grandchildren’s friends for lunch. Most of the time, our friends came to the house to see Jean (not us) and have some of her famous food! True to form, Jean made sure everyone had enough to eat, past the point of being full, just like a real Italian. Though you desperately wanted to say no, we haven’t found anyone yet that could turn down her cooking.

The only thing rivaling Jean’s legendary cooking was her incredible sense of humor. Her wittiness was evidence of her remarkable intellect. She could be asked anything from how to get a stain out of a blouse to who was the first person to climb Mount Everest and she would know the answer.

Jean’s devotion to her family was unparalleled. Her family was the single most important thing in her life. In her own words, her greatest life accomplishment and legacy were her children.

Jean was preceded in death by her husband and parents, as well as five brothers and sisters – LeRoy Santimarino, Dolores Crouse, Barbara Beadnell, Mary Ann McCauley, and Donna Dalonzo.

She is survived by her sons Larry (Cindy) in Pittsburgh and Rick (Joan) of West Chester (Cincinnati); daughters Terry, Maria (Rick) in Everett (Boston), and Dana (Gary) in Wellsville.  Also surviving are 8 grandchildren – Natalie, Gabrielle, Nicholas, Carli, Courtney, and Rocco Baldasare and Francesca (who’s Jean’s namesake) and Giovanna Pucci. She also leaves behind her beloved bird, Sunshine, who she sang to every night.

Also surviving are her sister, Joyce White, and her brother in law, Rocco DaLonzo.

A mass of Christian Burial will be celebrated at 10:00 am on December 30th at Sacred Heart Church in Chester, with Father Jeeson Stephan as celebrant. Interment will follow the Mass on the family plot in Saint Elizabeth Cemetery in Wellsville.

The family will be present to receive family and friends at the MacLean Chapel of Care Funeral and Cremation Specialist at 509 Riverside Avenue in Wellsville on Wednesday, December 29th from 3-7pm, where we promise to make sure her hair is done.

Due to the 2019 COVID health crisis, the family requests that masks be worn. Friends and family may view this obituary or send condolences by visiting carechapel.com.