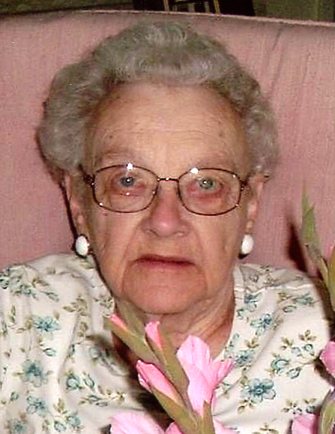 Ethel Jane Childs, age 90, formerly of Calcutta, passed away at the Bellaire Convalescent Center in Alliance, Ohio on July 23, 2016 after a brief illness.

Born in East Liverpool on November 10, 1925, she was the daughter of the late Charles R. and Emily (Simpson) Clark and lived her entire life in East Liverpool before moving to Alliance in 2011. Mrs. Childs retired from the Homer Laughlin China Company as a decorator after 30 years service and was a member of the Trinity Presbyterian Church in East Liverpool.

In addition to her parents and Husband, she was preceded in death by brothers and sisters in law, Ralph and Elizabeth Clark, Walter Clark, Donna Childs and Orin and Wilma Miller.

Services will be held at 11:00 AM on Thursday, July 28th, 2016, at the Calcutta Chapel of the Martin MacLean Altmeyer Funeral Home with Rev. Mark Wilds officiating. Burial will follow in the Spring Hill Cemetery in Wellsville.

Friends may view this obituary, sign the guest book, or send condolences online at www.martinmacleanaltmeyer.com or by visiting the funeral homes Facebook page.