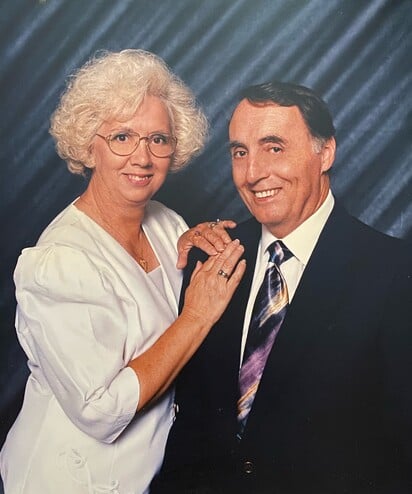 Esther E. Lower, 89, of Negley, passed away on Wednesday, December 28, 2022 at Calcutta Health Care Center.  Esther was born in Negley on April 24, 1933, the daughter of the late George E. and H. Mae (Guy) Early.  She was a graduate of New Waterford High School with the Class of 1951, and spent her entire life in the area.

Esther married Jack E. Lower, Sr on August 19, 1953 and they spent the next 49 years together until his death on June 8, 2003.  Esther dedicated her life to taking care of her family.  As a licensed beautician, she did occasionally work outside the home. Her last employment was with Smith’s Beauty Shop in Negley.  Esther was also a member of Mt. Zion United Methodist Church.

Along with her parents and husband, Esther was preceded in death by her daughter, Diane Knowles

Visitation will be held on Tuesday, January 3, 2023 from 3PM-6PM at Care Funeral & Cremation Specialists-Martin Chapel, in Calcutta.  The funeral will follow at 6PM with Pastor Pat Smith officiating.  Esther will be laid to rest with her husband at Crest Haven Memorial Gardens.

To read this obituary, sign the guestbook, and leave condolences to the family, please visit www.carechapel.com