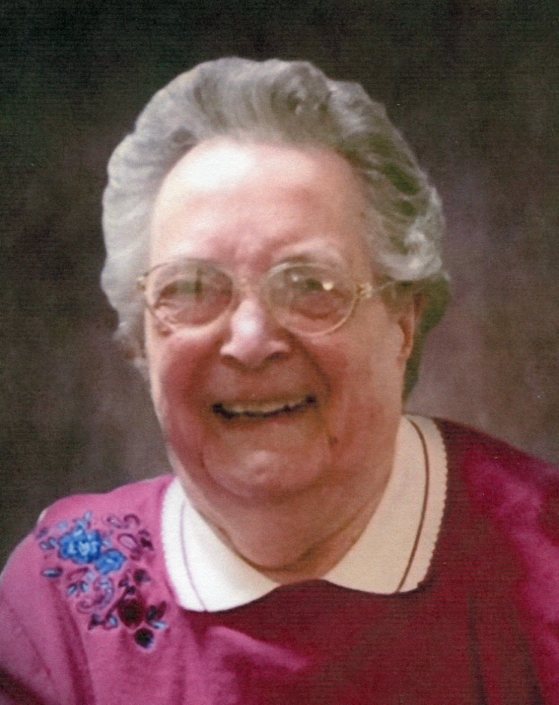 Erma was a lifelong member of the Longs Run Presbyterian Church, now the Longs Run Trinity Presbyterian Church.  She and Bob were married at the church, as was her daughter, Barbara, and all of her children were baptized there.  She served as an Elder and enjoyed being involved with Church Quilters for many years.  She and Bob started the Sr. Youth Group for fellowship.  Erma was well known for her homemade spaghetti sauce which she cooked for the overnight youth retreats as well as for the gallons she cooked for the fundraising dinners held by the group at the church.  Besides her church life, Erma was an avid card player.  She played with and filled in for several Bridge clubs in the area.  Because she enjoyed playing cards so much, card playing was always a favorite family activity when her children were growing up at home.  You could often find the house full of teenagers playing cards at all hours with Erma at the far head of the table.

With her husband, Bob, Erma was very active at Beaver Local High School supporting their daughters in their activities.  She was a very involved member of the Band Parents’ Association, Sports Boosters , President of the Jr. Mothers’ Organization, and ran the football and basketball concession stands for many, many years to raise funds for school equipment.

Those left behind to cherish her memory include: her three daughters: Barbara (John) Porterfield, of Springfield, OH, Beverly (T.J.) Coey, of Cincinnati, OH, and Beth (Richard) Schallick, of Columbiana, OH; her four grandchildren : Aaron Coey (and his partner Bo Zhao), Adam Coey, Jeffrey Schallick (his fiance Gina Caputo), and Katie (Logan) Buck; as well as her sister, Mary Isabel Lowe.  She also leaves behind a special niece, Nancy Hoobler, who was like a fourth daughter to her, and her very special Orchard’s caretaker, Rachel Bragg, and Rachel’s young daughters Lexi and Olivia, whom she truly loved as her  grandchildren, as well as several beloved nieces and nephews.

Along with her parents, Erma was preceded in death by: her husband, Bob, who passed away in 2000, her beautiful granddaughter, Claire Ruth Porterfield, and two sisters: Joanne MacLean, and Doris Osborne

Visitation will be held on Friday, September 10, 2021 from 10AM-12PM at Care Funeral and Cremation Specialists- Martin Chapel in Calcutta. The funeral will follow at 12PM with Pastor Steven Cramer and Pastor Ian Leyda from Longs Run Trinity Presbyterian Church officiating.  Burial will be in Columbiana County Memorial Park.