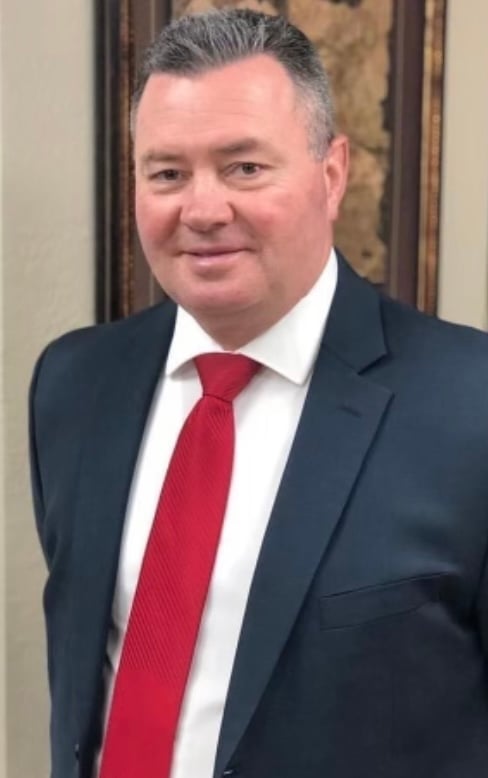 Eric grew up in Archdale, NC. He served 2 years in the Army Reserve before joining the US Navy as a diesel mechanic, then cross rating to Master of Arms. While in the Navy he had the opportunity to be stationed at Naval Air Station Patuxent River, MD; on board the aircraft carrier USS Dwight D. Eisenhower, Norfolk, VA; on the submarine tender USS Simon Lake in La Maddalena, Italy; Naval Construction Battalion, Gulfport, MS; 2 tours at Naval Support Activity Bahrain (one time during 9/11/2001) in the Middle East; onboard the destroyer USS O’Bannon, Jacksonville, FL; Naval Submarine Base Kings Bay, St. Marys, GA; and LSD USS Whidbey Island, Little Creek, VA, where retired as a Chief Petty Officer in September 2010, after serving 22 1/2 years and receiving many medals and honors throughout his military career. He volunteered as a Auxiliary Police Officer with the Gulfport Police Department and worked for the Suffolk Police Department in Virginia.

In 1995 he became a born again Christian and dedicated the rest of his life to spreading the truth of God’s word to as many people as he could. His love for Christ was shown in every aspect of his life from that day forward. He became a licensed minister with the United Pentecostal Church in 2018 while attending his current church, The Apostolics of the Ohio Valley, Wellsburg, WV. He preached many messages at his home church as well as many other churches around the country.

He loved woodworking, pen turning, fishing, and vacationing with his wife. As well as his German Shepherd Zena that passed away last year and will be laid to rest with him.

Eric was preceded in death by his parents, George and Mary Ruth Richardson; two brothers, Jerome and Gerald Richardson; and his mother-in-law Alice Simmons.

Friends will be received at the CARE Funeral Home, 1500 Second Street, Moundsville, WV, Saturday, July 30, 2022, from 10 am until time of service at 12 pm, with Pastor Larry Wallbrown officiating. Interment will follow at Riverview Cemetery, Moundsville, with full military honors provided by the Moundsville Veterans Honor Guard.

For those who cannot attend in person, Eric’s services will be live-streamed on this page.

Online condolences may be offered to the family at www.carechapel.com.