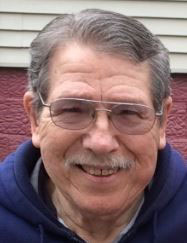 He was born July 22, 1930 in Duffy Ohio, the son of the late Edwin and Amelia (Lively) Abrigg.
He was a 1948 graduate of old Hannibal High School, an active member of the Ash Avenue Church of God, Moundsville, WV, where he served as an usher and volunteered at their Community Kitchen and member of the Ash Avenue Men of Action Club, a retiree of Ormet and was a member in the Ormet Retirees Club.

Friends will be received on Monday, September 18, 2017, from 2-4 and 6-8 pm at the CARE Funeral Home, 1500 Second Street, Moundsville, where funeral services will be held on Tuesday, September 19, 2017, at 11 am with Pastor C.J. Plogger officiating. Interment will follow in Holly Memorial Gardens, Colerain, Ohio.

0nline condolences may be expressed to the family at carechapel.com.