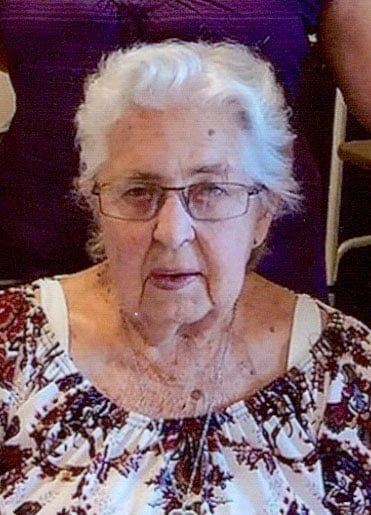 Edna Mae was born August 7, 1926, in Hundred, W.Va., a daughter of the late Charles Lutheran and Alberta Beatrice “Bee” (Snyder) Kuhn. She was a member of the Cedar Avenue Church of Christ, Moundsville.

Friends will be received at the CARE Funeral Home, 1500 Second Street, Moundsville, from 2-4 & 6-8 pm, Tuesday, and 10 am until time of funeral services at 11 am, Wednesday, April 11, 2018, with Jay Stevens and the Rev. Mary Ann Nolte officiating. Interment will follow in Halcyon Hills Memorial Park, Sherrard, W.Va.

Memorial contributions may be made to Liza’s Place, c/o Valley Hospice, 10686 State Route 150, Rayland, OH 43943. Online condolences may be offered to the family at carechapel.com.