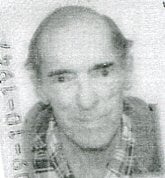 Lisbon:  Donzel E “‘Don” Owens, Jr., 73, of Lisbon, OH, passed away on Monday, December 21, 2020 in Salem Hospital following a lengthy illness.  Don was born on September 10, 1947,  in Glenmoor, the son of the late Donzel E and Norma Campbell Owens.  He graduated from Beaver Local High School with the Class of 1965 and lived in the area his entire life.

Don worked for 30 years as a Plasma Burner for TP Tools & Equipment in Canfield Ohio.  He also spent time as a computer networker.

Don leaves behind: one sister, Gloria Boso, and one brother, Jeffrey Owens, both of Lisbon.  He is also survived by several nieces and nephews.  Don will also be dearly missed by his beloved pets, Penny and Dukey.

Besides his parents, Don was preceded in death by his brother, Danny Owens.

The family wishes to honor Don’s wishes of no services.  Burial will be at Columbiana County Memorial Park.  CARE Funeral and Cremation Specialists- Martin Chapel have been entrusted with arrangements.