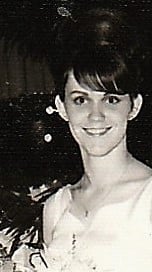 Donna was born in East Liverpool on March 16, 1948, a daughter of the late Donald Dunn and Betty Ammon Dunn.  She graduated from Beaver Local High School.  She lived her entire life in the East Liverpool area.

Donna married Thomas Bender in August 1967 and from their union, two children were born.  Family became everything to Donna.  She especially enjoyed spending time with her grandchildren and great-grandchildren, who were the light of her life.  Donna was always an animal lover, and could always be found with her little dog, Peanut, close by.

Along with her parents, Donna was preceded in death by her grandson, Mike Bender.

Donna’s wishes were that no services be observed.  The family will hold a memorial service at a later date.  To send condolences to the family and sign the guestbook, please visit carechapel.com