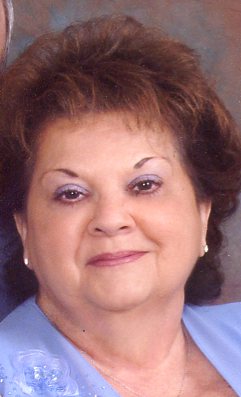 Donna Hawksworth, 76 passed away on Sunday, January 31, 2016 at UPMC in Pittsburgh, PA following a brief illness.

She was born on August 13, 1939 in Chester, West Virginia the daughter to the late Erett E. and Dorothy (Kirby) Buzzard Jr. Donna lived her entire life in this area, was a 1957 graduate of Wellsville High School and worked for City Loan in Customer Service for 37 years before retiring in 1994.  She was a member of Bethel United Presbyterian Church, a member of the choir and a Deacon at the church and a 35 year member of Tops.

She is survived at home by her husband Virgil “Butch” Hawksworth whom she married January 27, 1958; a son: Kevin Hawksworth and his partner Matthew D. Kohls of Orinda, CA; a daughter:  Lori Frye and her partner Frank Laneve of Beaver Falls, PA; a brother David Buzzard and his wife Doris of Columbiana, OH; a sister Ila Williams of Winter Park, FL; two grandsons:  Logan and Roth Frye of Beaver Falls, PA and her canine companion Bella.

In addition to her parents, she was preceded in death by a son: Kirk Alan Hawksworth.

Services will be held at the Calcutta Chapel of the Martin MacLean Altmeyer Funeral Homes on Thursday, February 4, 2016 at 11 A.M. with Pastor Sam Gibb of the church officiating. Burial will follow in Bethel Cemetery.

Family will be present to receive friends at the Calcutta Funeral Home on Wednesday, February 3, 2016 from 2 to 4 & 6 to 8 P.M. Memorial Contributions may be made in Donna’s name to The Deacon’s Fund at Bethel United Presbyterian Church.

Family and friends may view this obituary, sign the guestbook or send condolences online at www.martinmacleanaltmerye.com or by visiting the funeral homes Facebook page.