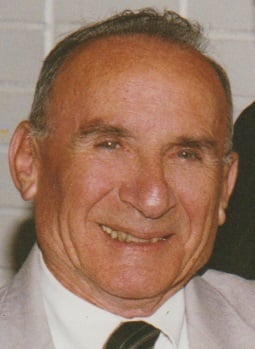 Donald R. Snyder, 88 passed away Monday, May 8, 2017 at the Pathways Center at the Springfield Masonic Home in Springfield, Ohio following a lengthy illness.

He was born in Wellsville, Ohio on December 21, 1928 a son to the late Roy W. and Grace E. (Ferguson) Snyder. Donald retired as a Master Sargent from the United States Air Force, then went on to work as a Real Estate agent for Corner Real Estate for 7 years. He was a Deacon and Elder of Campground Community Church, a member of the Air Force Sargent Association, the East Liverpool Coin Club and the Wellsville Masonic Lodge No. 180.

He is survived by two sons: Donald W. Snyder and his wife Deborah of Tipp City, OH and David W. Snyder and his wife Cammy of Fairborn, OH; a daughter: Kerry L. Thomas and her husband Kim of Tipp City, OH; two brothers: Claude A. Snyder of Vandalia, OH and Clarence L. Snyder of Castleberry, FL; a sister: Patricia Allison of East Liverpool, OH; seven grandchildren and nine great grandchildren.

Services will be held at the Wellsville Chapel of the Martin MacLean Altmeyer Funeral Homes on Saturday, May 13, 2017 at 1 PM with Rev. Tom Adkins of Campground Community Church officiating. Burial will take place in Spring Hill Cemetery where the Tri-State Burial Group will accord full military honors.

Family will be present to receive friends at the Wellsville funeral home on Saturday, May 13, 2017 from 11 AM up until the time of the service at 1 PM. Donation may be made in Donald’s name to the American Cancer Society and Veterans Services.