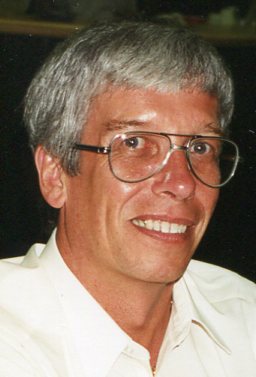 He was born in East Liverpool on October 8, 1946 a son of the late William and Madalene (Cole) Geon. Don attended St. Aloysius School was a 1965 graduate of East Liverpool High School and a graduate of the University of California.  He worked as a Chemical Tech for Nova Chemical in PA for 38 years before retiring.  He was a Veteran of the United States Army serving during the Viet Nam War.  Don proudly served the Tri-State Burial Group/Color Guard and the State Color Guard for 34 years, was a member of the American Legion Post 374 where he served as a past Finance Officer, 2nd Vice Commander and a past State Officer, a member of the V.F.W. Post 66 and the Moose Lodge 122.  He attended the former St. Aloysius Parish.

He is survived by his wife Patricia (Heffner) Geon at home whom he has been married to for 43 years, one son: Donald E. Geon, II and his fiancée Mellisa Wells of East Liverpool, OH; two daughters:  Holly J. Campbell and her husband Chad and Heather R. Geon both of East Liverpool, OH; his twin brother:  Ron Geon of Melbourne, FL; three sisters:  Kathleen Workman of Roanoke, AL, Brenda Everly of Elberton, GA and Linda Goddard of Jacksonville, FL; a sister-in-law:  Becky Geon of Rockledge, FL; five grandchildren:  Connor, Linseigh, Liam, Emily and J.T. all of East Liverpool and 27 nieces and nephews.

In addition to his parents he was preceded in death by two brothers: Jim Geon and William Geon and a sister:  Madalene Geon.

Family will be present to receive friends at the Calcutta Chapel of the Martin MacLean Altmeyer Funeral Homes on Wednesday, June 29, 2016 from 1 – 5 P.M. Services will be held at 5 P.M. in the Calcutta Chapel with Rev. Melvin Rusnak officiating.  The Tri-State Burial Group will accord full military honors at the funeral home.

Inurnment will take place at Columbiana County Memorial Park Cemetery at a later date. Following services, family invites all of their friends for food and fellowship at the East Liverpool Moose Lodge #122 on 3rd Street in East Liverpool.