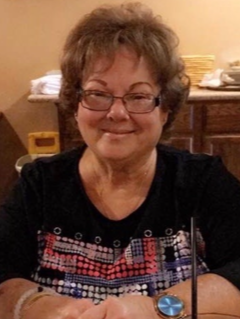 Dolores “Jeanne” Heaton, 77 of Lisbon, Ohio passed away following a brief illness on Monday, June 15, 2020, at her home with her family by her side.

The daughter of the late John and Helen (Kormendi) Vishak, Jeanne was born in Gary, Indiana but spent most of her life in Lisbon.  She was a graduate of Beaver Local High School, Class of 1960.  Jeanne married her soulmate, Sam Heaton on July 28, 1962.  She then began the adventures of raising 5 children whom she loved with her entire heart.

Jeanne loved being a homemaker, but for some time, worked outside the home as an Associate for Wal-Mart.  She also began playing in a card club, originally with her mother, and then continuing after her mother’s passing.

Jeanne’s easy nature and constant smile gave her the ability to reach people in a positive way.  Her upbeat personality allowed her to befriend all who crossed her path.   Jeanne’s children will deeply miss the mother they were so fortunate to have.

She also leaves behind her sister, Helen “Dollie” (Vishak) Shelton, wife of the late Glenn Shelton, of Austintown, Ohio and her brother, John “Jack” (Nancy) Vishak of Columbus, Ohio

Along with her parents and husband, Jeanne was also preceded in death by her great-grandson, Jacob.

In compliance with Ohio state regulations and in connection to the COVID-19 public health crisis, a private family service was held at the Calcutta chapel of the Martin MacLean Altmeyer Funeral Home