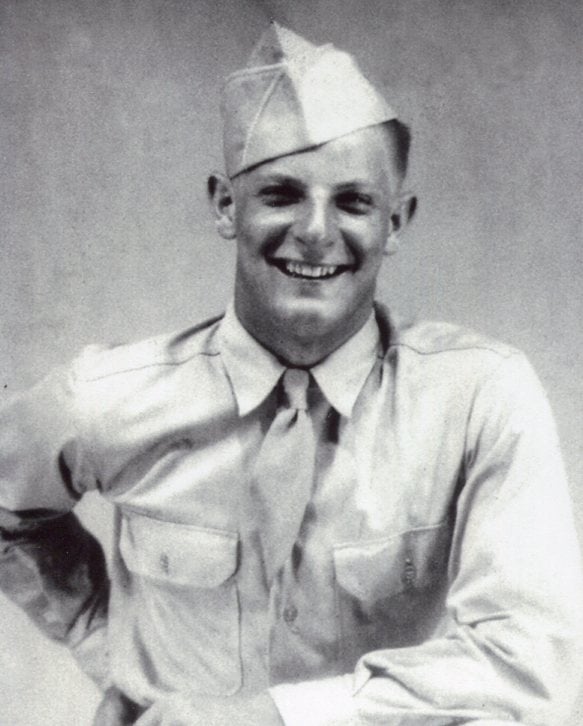 Dennis Kyle Baker, 91 of Canfield, Ohio passed away from complications of Parkinson Disease at Hospice House in Poland, OH on Saturday, January 19, 2019. He formerly lived and farmed in Highlandtown, Ohio for 53 years raising Black Angus cattle and growing fantastic vegetable gardens. He did most all of the farming himself, along with butchering. Kyle taught Biology in the Wellsville City School system for 36 years. At Wellsville, he coached for 20 years, along with being very active in the Wellsville Teachers Association. In addition, he served on the Southern Local Board of Education for 12 years and the Columbiana County Career & Technical Center Board of Education for 9 years, serving as President for a number of years on both boards. He was a member of the B.P.O. Elks #1040 in Wellsville as well as the Wellsville Teachers Association, often serving as President. In 2008, the farm was sold and he and his wife Lou Ann moved to Canfield, OH. There, he served for four years as one of the first members of the Bradford Greene Condo Association Board.
Kyle was born on April 24, 1927 in Clarksburg, WV the son of a late Mildred (Smith) DeBarr and Daniel Cecil Baker. He was raised in Braxton County, WV (Brush Run), and graduated from Gassaway High School in 1945. He was immediately drafted into the U.S. Army and served in Italy for two years as World War II was ending. Charles S. Baker, his only sibling, was a member of the Air Force and went missing during World War II over the Baltic Sea while delivering supplies to the underground in Norway. The crew of nine was never found. Charles is a member of the National Purple Heart Hall of Honor in New York.
At the conclusion of the War, Kyle graduated from Ohio University with a B.S. degree in Agriculture and from Kent State University in 1962 with a B.S. degree in Education.
Kyle loved farming and teaching. Many of his former students will remember him frequently saying, “He who works harder has the right to live better.” Several of his Biology students went on to become medical doctors.
Kyle dreamed his “Impossible Dream” going from a small back woods farm in rural West Virginia to a professional educator, owner and operator of an Angus Beef Farm and ended up retiring in Canfield, OH. It could be said, he did it “His Way.”
Kyle married Lou Ann (Coffindaffer) on December 5, 1975 in Oakland, Maryland. They just celebrated 43 years of marriage.
Preceding him in death was his mother, Mildred (Smith) DeBarr; Stepfather, Granville DeBarr; Father, Daniel Cecil Baker; Brother, Charles Baker and his first wife Saundra Kountz.
He is survived by his wife, Lou Ann (Coffindaffer); daughters, Marla Ann (Baker) Lash, son-in-law, Scott Lash and Vicki (Baker) McCuen and Son-in-law, Terry McCuen; grandchildren, Piper Ann Lash and Riley Kyle Lash.
Calling hours will be on Friday, January 25, 2019 at the Calcutta Chapel of the Martin MacLean Altmeyer Funeral Homes from 6 to 8 PM. He will be accorded full Military Honors with burial being on Saturday, January 26, 2019 at 1 PM at the Good Hope Masonic Cemetery in Good Hope, West Virginia.
The family wishes to give special thanks to the entire staff of Hospice of the Valley, Medicare Choice Team, especially his nurse, Nicki; Dr. Nino Rubino; the 5th and 6th floor staff at St. Elizabeth Hospital (Boardman); close friends, Steve and Kathy Cooper; Steve and Jane Gibson and Joe and Jackie Ascione. His very special caretaker, M organ Hupp was a special blessing to all of the family. Her caring nature and attention to her patient is appreciated beyond words.
Family and friends may view this obituary or send condolences online at www.martinmacleanaltmeyer.com