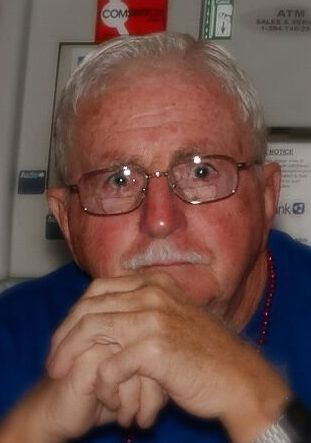 David P. Rawlings, 81 of Hammondsville, OH passed away at his residence on Wednesday, June 27, 2018 following a brief illness.
He was born in East Liverpool, Ohio on February 28, 1937 a son to the late Joseph and Mary (Gillespie) Rawlings. Living his entire life in this area he was a graduate of Wellsville High School and worked as a clerk/millwright for Crucible Steel and J. L. Steel for 48 years retiring in 2000.
He is survived by his wife Nancy (Dotson) Rawlings whom he married September 26, 1960; three sons: Jeff Rawlings and his wife Lynette of Toronto, OH, James Rawlings and his wife Louise of Virginia and Jon Rawlings and his wife Diane of Hammondsville, OH; a daughter: Julie Rawlings and her companion John Porter; nine grandchildren and six great grandchildren.
In addition to his parents he was preceded in death by three brothers and three sisters.
Private family services were held on Saturday, June 30, 2018. The Wellsville Chapel of the Martin MacLean Altmeyer Funeral Homes was entrusted with his arrangements.
Memorial Contributions may be made in David’s name to the Wellsville Public Library.
Family and friends may view this obituary, sign the guest book or send condolences online at www.martinmacleanaltmeyer.com or by visiting the funeral homes Facebook page.