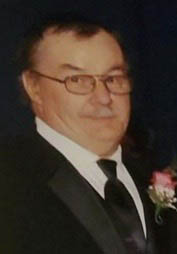 He was born February 4, 1947, in Wheeling, a son of the late Cecil and Gladys McKee Feiock. He was a retired coal miner of Consol Energy, McElroy Mine.

In addition to his parents, he was preceded in death by one brother, Tom Feiock.

He is survived by his wife of 53 years, Eleanor Burton Feiock; two sons, Wayne (Tammy) Feiock, and Timothy Feiock of Myrtle Beach, SC; one brother, Bob (Diane) Feiock of Indianapolis, IN; one sister, Margie; and four grandchildren, Seth, Nisa, Blake, and Taylor.

At David’s request, there will be no visitation.

Arrangements have been entrusted to the CARE Funeral Home, 3828 Jacob Street, Wheeling.