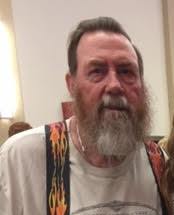 Darryl was born in East Liverpool on November 28, 1943, the son of the late Thomas V. and Wanda P. (Faith) Adams and lived his entire life in this area.  He was owner/operator of D&R Sanitation and retired at age 65.

He was a veteran serving in the U.S. Army during the Vietnam era and a Life Member of the Beaver, Pa. V.F.W. and also a member of the Chester V.F.W.

In addition to his parents, Darryl was preceded in death by a son, Daniel Adams and a brother, Ronald Adams.

Due to the Covid 19 virus, social distancing and masks are required. Friends may call at the Calcutta Chapel of the Martin MacLean Altmeyer Funeral Home from 12 to 3PM on Saturday with a private burial following at a later time at Calcutta Cemetery where the Tristate Burial Group will accord Military Honors.