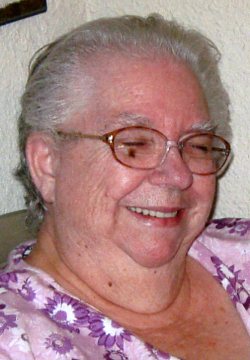 She was born in Lisbon, Ohio on October 3, 1939 a daughter to the late Willard A. and Edna F. (Van Lehn) Seibert. Darlene was a 1957 graduate of David Anderson High School, working at the 5 and Dime and the LaCroft Department Store in Lisbon, the Moovies Video Store and Blimpee’s BP in Calcutta. She enjoyed making crafts, crocheting and playing Bingo.

She is survived at home by her husband Donald R. Van Dyne whom she married August 27, 1961; two daughters: Donna Van Dyne of East Liverpool and Darlinda Van Dyne-Burt of Essexville, MI; a sister: Linda Manning and her husband Charles of Lisbon, OH and three grandchildren: Laura Burt, Michael Burt and Dylan Van Dyne.

In addition to her parents she was preceded in death by a daughter: Dalene Van Dyne-Higgins; a brother: Willard E. Seibert and two sisters: Evelyn Monroe and Shirley Leonard.

Services will be held at the Calcutta Chapel of the Martin MacLean Altmeyer Funeral Homes on Friday, October 14, 2016 at 11 AM with Pastor Mark Blakely of the First Christian Church in Wellsville officiating.   Burial will follow in Spring Grove Cemetery.

Family will be present to receive friends at the Calcutta funeral home on Thursday, October 13, 2016 from 2 to 4 and 6 to 8 PM.

In lieu of flowers, the family asks that donations be made to help with Darlene’s funeral expenses through the funeral home or at www.tmcfunding.com