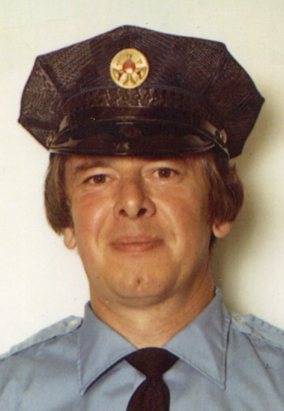 Danny L. “Digger” Crawford, 80 of Wellsville, OH passed away Wednesday, December 20, 2017 at the Beaver Medical Center following a lengthy illness.
He was born on January 30, 1937 in Wellsville a son of the late John and Pearl (Boyd) Crawford. Danny was a veteran of the United States Navy from 1955 to 1959. He worked at Crucible Steel from 1960 to 1968 then worked full time for MacLean Funeral Home in Wellsville for 25 years, he was a volunteer for the Wellsville Fire Department for 23 years, a member of the Wellsville Fraternal order of the Eagles 772 and a member of the Wellsville American Legion Post 70. Digger was a Pittsburgh Steelers fan as well as a fan of the Wellsville High School football team and watching Massillon football and he enjoyed showing off his Lionel Train display during the Christmas holiday.
He is survived at home by his loving wife of 59 years, Phyllis (White) Crawford; his children: Richard Crawford and his companion Connie, Karen Thrasher and her husband Greg and Sharon Crawford and her husband Rick all of Wellsville, OH; a sister: Carol Allmon and her husband Chuck of Sanford, NC; grandchildren: William, John, Elizabeth, Tyler, Timothy, Ricky and Casey; great grandchildren: Ayla, Zoieonna and Haven, several nieces and nephews as well as his special friend Mr. Jim Wilson.
In addition to his parents, he was preceded in death by a brother: Clair Crawford; sisters: Evelyn Boyd and Betty Montgomery; his two best friends: Austin Chrislip and Fred Brock as well as a son-in-law: Kenneth J. McCombs Jr.
Services will be held at the Wellsville Chapel of the Martin MacLean Altmeyer Funeral Homes on Saturday, December 23, 2017 at 4:30 PM with Pastor Kenneth Malone officiating and where the Tri-State Burial Group will accord full military honors.
Family will be present to receive friends at the Wellsville funeral home on Saturday, December 23, 2017 from 2 PM up until the time of service at 4:30 PM
Family and friends may view this obituary, sign the guest book or send condolences online at www.martinmacleanaltmeyer.com or by visiting the funeral homes Facebook page.