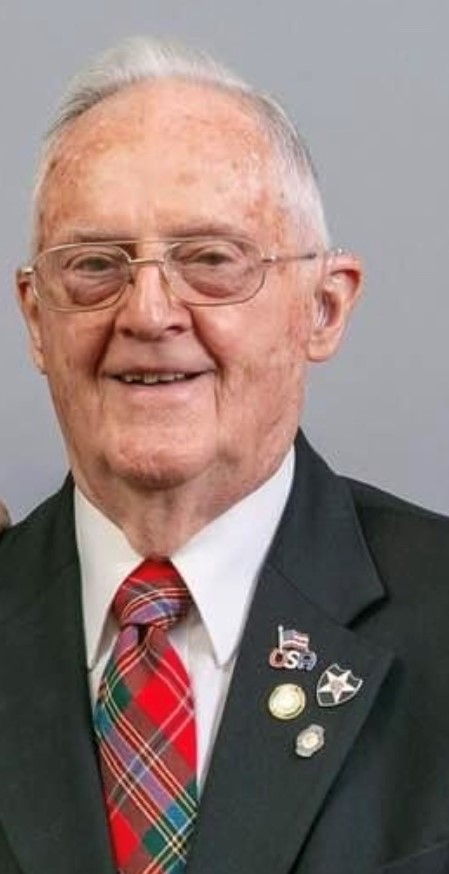 Daniel N. MacLean, 91, of Wellsville, passed away at Calcutta Health Care Center on Saturday, December 26, 2020, after a brief illness.

The son of the late Donald N.”Cap” MacLean and Edith H. Taylor MacLean, Dan was born in Wellsville on December 8, 1929. He lived his entire life in Wellsville. Dan graduated from Wellsville High School in 1947. He then attended Kent State University before enrolling and graduating from the Pittsburgh Institute of Mortuary Science in 1951.

A US Army veteran, having enlisted in 1951, Dan served his country for three years of which 14 months were in Korea during the Korean Conflict. He served with the Second Infantry Division 12th Field Artillery Battalion as a forward observer and fire direction specialist. He was awarded three bronze battle stars.  He attained the rank of Staff Sergeant prior to his honorable discharge in 1954.

After his discharge, he joined his father and uncle as a funeral director at the MacLean Funeral Home. He continued his service to his community with the Martin MacLean Altmeyer Funeral Home for many years. Dan received his 50 years of service pin from the Ohio Funeral Directors Association.

In 1951, he married Joanne Fitzsimmons and they shared 66 years together until her death in 2017. Dan and Joanne enjoyed traveling which included all of the 48 continental United States, Germany, Switzerland, and Austria.

Dan was a doting grandfather who could be found supporting his grandchildren at all of their functions. He was also a great supporter of the Wellsville girls basketball and volleyball teams.

In addition to his parents and wife, Dan was preceded in death by his sister, Dorothy Rose.

The family would like to extend their appreciation to the front line workers from Salem Community Hospital, Tower Three, and to the Calcutta Health Care Center for the excellent care and compassion.

In lieu of flowers, donations in Dan’s name can be made to the Wellsville Historical Society or The Wellsville Carnegie Library.

In compliance with Ohio State Regulations and in recognition of the Covid-19 pandemic, masks and social distancing will be required during the visitation which will be held on Tuesday, December 29, 2020 from 11:00am- 1:00pm at the CARE Funeral & Cremation Specialists – MacLean Chapel at 509 Riverside Avenue in Wellsville. A private family service will follow. Daniel will be afforded full military honors and burial will held in Spring Hill Cemetery in Wellsville.