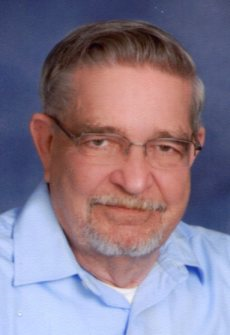 Charles N. Taylor, 75 passed away at his residence in Calcutta, Ohio on Sunday, June 4, 2017 following a brief illness.

He was born on September 5, 1941 in West Point, Ohio a son of the late Wilbur and Daisy (Brown) Taylor. Living his entire life in this area he worked as an electrician for Crucible Steel before retiring in 1982. Charles was a graduate of Augusta High School in Carroll County, a veteran of the United States Army and a member of the Good Shepherd United Methodist Church.

He is survived at home by his wife Samary (Fry) Taylor whom he married October 22, 1966; a son: John C. Taylor and his wife Sharon of Commerce Township, MI; a daughter: Kimberly Garchar and her husband John of Petersburg, OH; two brothers: Patrick J. Taylor of Youngstown, OH and Harry D. Taylor of Canton, OH and two grandchildren: Brittany Marie Taylor of Royal Oak, MI and Genevieve Taylor Garchar of Petersburg, OH.

Services will be held at the Calcutta Chapel of the Martin MacLean Altmeyer Funeral Homes on Saturday, June 10, 2017 at 2 PM with Pastor Rusty Johnston of the church officiating. Burial will take place in Columbiana County Memorial Park at a later date.

Family will be present to receive friends at the Calcutta funeral home on Friday, June 9, 2017 from 3 to 6 PM and up until the time of service Saturday at 2 PM.

Family requests memorial contributions be made to a favorite charity.