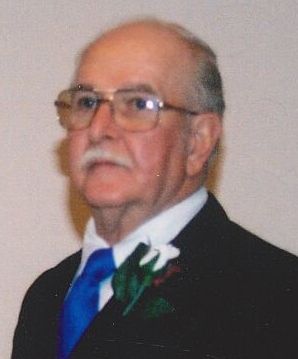 Charles Robert Kinemond, 86, of East Liverpool passed away on the evening of Sunday, June 5th, 2022 after a battle with cancer.

Charles was born in Empire, Ohio on February 29th, 1936 to parents Charles J. and Mary (Ross) Kinemond. He lived in the area his entire life, graduating from Jefferson Union High School in 1954, and joining the Air Force just a few months later, where he would serve until 1958. After leaving the service, he attended YSU where he completed an apprenticeship for his machinist’s journeyman papers. Charles began working at Weirton Steel, where he would stay working as a machinist until his retirement in the late 90’s.

Charles enjoyed fishing and sporting clays, and was a part of the Columbiana County Fish & Game, where he would spend his time doing what he loved. He took pleasure from the simpler things in life like spending time alone, camping, and fishing on his canoe. He was always kind to everyone, and never met a stranger. He will be dearly missed by his family, friends, and everyone whose lives he touched.

In addition to his parents, Charles is preceded in death by his sister, Diana Wertnz.

Visitation will be held from 2-4pm and 6-8pm on Wednesday, June 8th, 2022 at the Martin Chapel of CARE Funeral & Cremation Specialists in Calcutta. A service will follow on Thursday, June 9th, 2022 at 11am with friends and family welcomed to share in the celebration of Charles’ life.