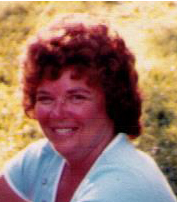 Carolyn was born September 3, 1946, a daughter of Betty (Kelly) Kittle of Shadyside, Ohio, and the late Kenneth Charles Kittle, Sr. She was retired from Wheeling Island Racetrack & Casino.

In accordance with Carolyn’s wishes, there will be no visitation. Funeral services will be private and held at the convenience of the family. Arrangements are by CARE Funeral and Cremation Service, Moundsville. Online condolences may be offered to the family at carechapel.com.