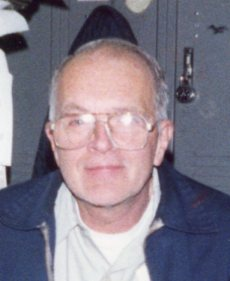 BRUCE MARTIN PIKE, 83, died July 1, 2017 of a chronic medical condition in assisted living at The Orchards at Fox Crest in Chester, West Virginia.

Bruce was born in Springfield, Massachusetts on April 10, 1934, to Margaret and Louis H. Pike. He worked for over 40 years as an Airplane Mechanic and Aviation Inspector for US Airways, now American Airlines. He was always tinkering with airplanes, either building models, flying them at the air field or working on classic cars. Bruce and his wife Marie later moved and resided in East Liverpool, Ohio for the past 20 years.

A viewing will be held at the Calcutta Chapel of the Martin Altmeyer Funeral Home, on Monday July 3rd from 4-7 pm.

Donations may be sent to: The Orchards at Fox Crest, 125 Fox Lane, Chester West Virginia, 26034. This facility and staff provided excellent care to our father during his last years of life.

Online condolences may be left at www.martinmacleanaltmeyer.com