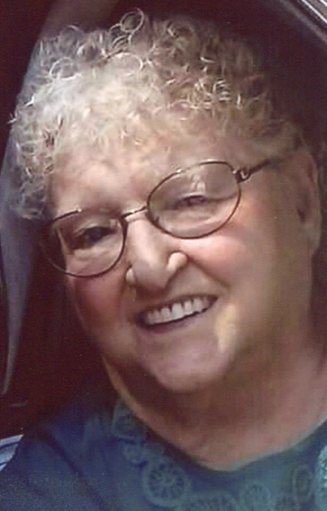 Blanche Elaine Chamberlin, 77 of East Liverpool, OH passed away at her residence on Saturday, June 17, 2017 following a lengthy illness.

She was born in Marietta, Ohio on February 18, 1940 a daughter to the late James E. Tice and Violet (Patterson) Danver. Living most of her life in this area, she received her GED from East Liverpool High School and worked as a manager for Burger King for 12 years. Blanche was the cheerleading coach for West End Wildcats at one time and a member of the Potters Football Boosters.

In addition to her parents she was preceded in death by her first husband Arlie Davis; two sons: Kris Bailey and Perry Bailey; one brother: Lawrence Tice and one sister: Patsey McCartney.

Services will be held at the Calcutta Chapel of the Martin MacLean Altmeyer Funeral Homes on Wednesday, June 21, 2017 at 2 PM with Lonnie Barker officiating. Burial will follow in Calcutta UP Cemetery.

Family will be present to receive friends at the Calcutta funeral home on Wednesday, June 21, 2017 from 11 AM up until the time of service at 2 PM.

Family and friends will be gathering for food and fellowship at the Avondale Baptist Church, 701 Minerva Street, East Liverpool, Ohio 43920 following the service.