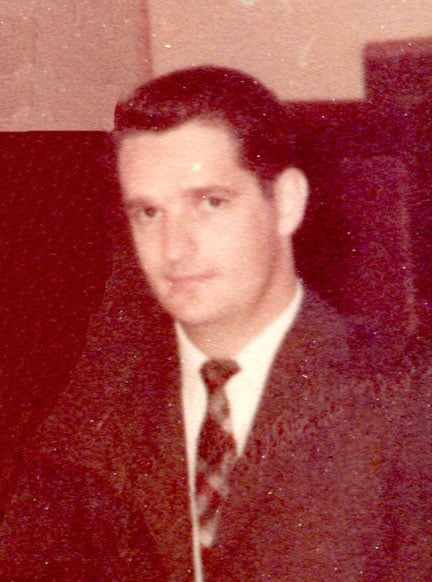 Billy Don Smith, born on September 12, 1937 in Dothan, Alabama, passed away on September 1, 2021 from complications of heart failure with his son-in-law Todd by his side providing hospice care, love and prayer. Billy fulfilled the role of an amazing father to his beloved daughter, Shannon. He also fulfilled the vital role of “Poppy” to his precious granddaughters, Savannah and Samantha. He adored his granddaughters and enjoyed their dog Chappy. He loved his family, which was everything to him. His wisdom, ability to simplify how to live life, and his focus on that which is most important (family) have become his greatest legacy. He also had a great sense of humor and was a talented harmonica player. He was an avid gardener who passed down his love of nature to his entire family.

Billy went by many different names: Bill, Billy, Billy Don, B.D. and by the most special names of “Dad” and “Poppy,” although he insisted that little Samantha call him Bill, and she also called him Billy, which was funny to hear. Any friend or relative who was lucky enough to get to really know Bill understood how big his heart is. He never hesitated to reach out a helping hand when his friends or loved ones needed it most, whether it be help, advice on life, or a listening ear. He was not only a wonderful father to Shannon for her entire life, but also fulfilled the role of father that was missing from Todd’s life.

Billy was a life-long resident of Florida and long-time resident of Tallahassee. While growing up, he lived all over the state due to his father’s work in agriculture, including Chipley, Belle Glade, and Zellwood, north of Orlando. While living in Zellwood, he enjoyed playing baseball with his big brother John and little brother Ken. After graduating from Apopka High School, he attended Florida State University. Upon completing his Bachelor’s of Science Degree in Mathematics at Florida State, he was Commissioned into the U.S. Navy Reserve. He advanced to Lieutenant JG and served as an Intelligence Officer on the USS Telfair (APA-210) Navy ship. He was initially stationed in San Diego, then in Norfolk, Virginia. He sailed up and down both coasts of the USA, throughout the Caribbean and Gulf of Mexico and into the Mediterranean Sea, making stops in Spain, Italy, Greece and North Africa. His favorite cities visited were San Diego and San Francisco, where he enjoyed sailing under the Golden Gate Bridge. After being honorably discharged from the U.S. Navy, Bill moved back to Tallahassee and became a Certified Public Accountant and pursued a career in public service. He worked his entire career for the State of Florida, initially with the Public Service Commission and later with the Office of Public Counsel. While not at work, most of his time was devoted to helping take care of Shannon, whether it be by picking her up from school or taking her to the Florida State football games every year that she can remember. It was a family tradition to attend the FSU football games, and brothers John and Ken traveled from North Georgia and Central Florida to attend and enjoy time with Bill and Shannon. This tradition was passed down to Billy’s granddaughters so that they too would experience what Shannon had while growing up.

Billy was preceded in death by his parents, T.F. (Flournoy) and Lessie Smith of Zellwood, Florida; his brother John Smith and sister-in-law Edith Smith of Murrayville, Georgia; and his cousins Zane Pinckney of Poquoson, Virginia and George Pinckney of Pinellas Park, Florida. Bill is survived by his daughter Shannon Sigler (Todd) and granddaughters Savannah and Samantha Sigler, all of Tallahassee. Other survivors include his brother Kenneth (Jennifer) of Kissimmee, Florida; brother-in-law Richard Campbell (Deborah) of Darlington, Florida; and cousin Evelyn Pinckney of Poquoson, Virginia; and many nephews and nieces.

A Celebration of Life service will be held for family and friends at a later date in the Tallahassee area. A graveside memorial service with Military Honors will be held at Riverview Cemetery in East Liverpool, Ohio, also at a later date. Donations may be made in Billy’s memory to the Florida United Methodist Children’s Home Madison Youth Ranch through their website at www.fumch.org, or by calling (850) 929-3000. Please notate “Madison Youth Ranch” on your donation upon visiting the website.