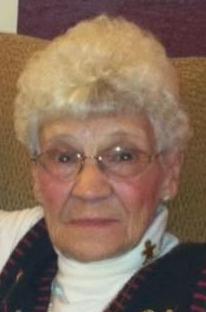 Beryl M. Owens, 82 passed away at her residence on Tuesday, September 8, 2015 following a lengthy illness.

She was born in Monroe County, West Virginia on August 26, 1933 a daughter to the late Hildred and Grace Joy. She lived most of her life in this area, working as a server for Bob Evans and Big Boy Restaurants before retiring in 2008.

In addition to her parents, she was preceded in death by her husband Ernest R. Owens Sr., a son: Mike Owens and a sister: Doris Morton.

As per her wishes, no calling hours or services were planned. Interment was held at Columbiana County Memorial Park. The Calcutta Chapel of the Martin MacLean Altmeyer was entrusted with her arrangements.