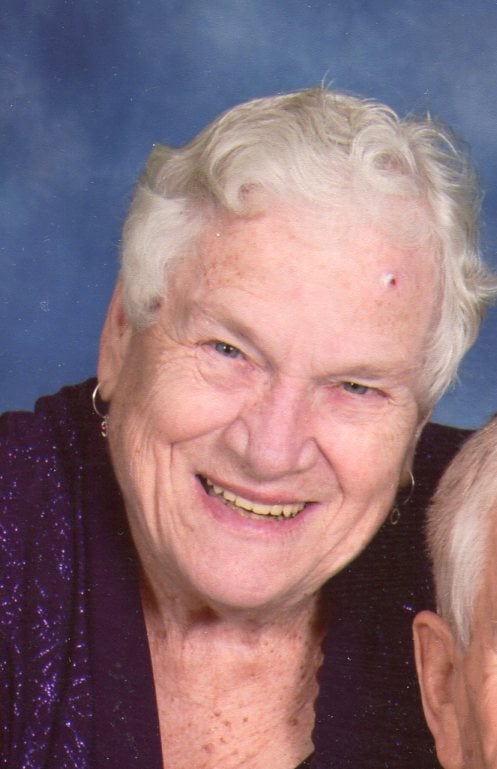 Bert was born in Wellsville on March 4, 1934, the daughter of the late Charles Grindle and Anna Lucella McFall Grindle.  She was a graduate of Wellsville High School Class of 1951.

Bert married the love of her life, James W “Jim” Crews on February 7, 1953.  In 1959, Jim and Bert established Crews Home Improvements.  Bert was an active member of Immaculate Conception Church in Wellsville and later a member of Sacred Heart Church.  Over the years, Bert belonged to several clubs such as: Arts Club, Town and Country Card Club, and Bunco Club.

Along with her parents, Bert was preceded in death by her daughter-in-law, Kathie, and her three sisters:  Marilyn Swearingen, Loretta Kiddey, and Charla Mouse.

The Crews family would like to extend a special thank you to the caring staff at Brookdale and Community Hospice, as well as Bert’s “Special Angel” Beth Myers.

No visitation or services will be observed at this time.  Donations in memory of Bert can be made to: Community Hospice, 716 Commercial Ave SW, New Philadelphia, OH  44663.

You may send condolences to the family and sign the guestbook at carechapel.com