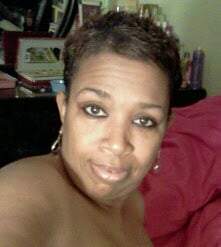 April Smothers, 57, of Wellsville passed the afternoon of January 5th, 2022 at East Liverpool City Hospital following a lengthy battle with her health.

April was born in Wellsville on April 17th, 1964 to Clarence and Carmen (Wright) Spann. April grew up in the area, attending Wellsville High School and graduating in 1982. Shortly after high school, April moved to Washington DC to attend college, where she would find love and begin her journey to starting a family. April had traveled a lot throughout her life, living in Texas, Maryland, Louisiana, and Georgia, but no matter where she went, she would always call Wellsville her home.

She worked at several places in her travels, holding a job at Golden Corral for a few years, but most people knew her from her time spent at Wal-Mart, where she worked for about 5 years. She met most of the people she could call her friends while working there, but she was always grateful for everyone who had entered her life, no matter where or how she met them, or how long they stayed.

April was full life, always spreading love and happiness wherever she went. She was an entertainer by nature, hosting parties and get-togethers where she would make drinks, share her amazing cooking, and sing her favorite songs. In addition to spending time with the people she loved, she also enjoyed the smaller things, whether it was playing spades, doing puzzles, or just listening to music. She was also a woman of faith and was an active member of Wellsville First Baptist Church where she acted as an usher.

No matter where she went or who she was with, April left her mark. She will be dearly missed by all.

She is preceded in death by her father, Clarence Spann, and her brother, Scott Spann.

A celebration of April’s life will be announced at a later date. Her care has been entrusted to the MacLean Chapel of CARE Funeral & Cremation Specialists in Wellsville.

Friends and family may view this obituary or send condolences by visiting carechapel.com.