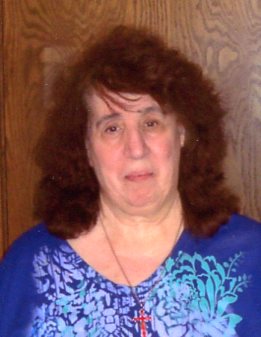 Anna Marie (Metz) Buzzard, age 75, passed away on Friday, July 22, 2016, at the Canterbury Villa in Alliance after a brief illness.

Born in Wellsville, Ohio on February 27, 1941, Mrs. Buzzard was the daughter of the late Frank and Mary (Winters) Metz and lived in the Alliance area as a homemaker most of her life.

Other survivors include, one brother, Mike Metz. two sisters, Rose Tice and her husband, Dan, and Phyllis Metz all of Wellsville.

In addition to her parents, Mrs. Buzzard was preceded in death by one brother and three sisters.

Services will be held at the Wellsville Chapel of the Martin MacLean Altmeyer Funeral Home on Wednesday, July 27th, 2016 at 10:00 AM with Rev. Father Peter Haladej of The Holy Trinity Parish officiating.  Burial will follow in Columbiana Co. Memorial Park.

Friends may visit with the family on Tuesday, July 26, 2016 at the Wellsville funeral home from 4 to 7 PM.

Friends may view this obituary, sign the guest book or send condolences online at www.martinmacleanaltmeyer.com. Or by visiting the funeral homes Facebook page.