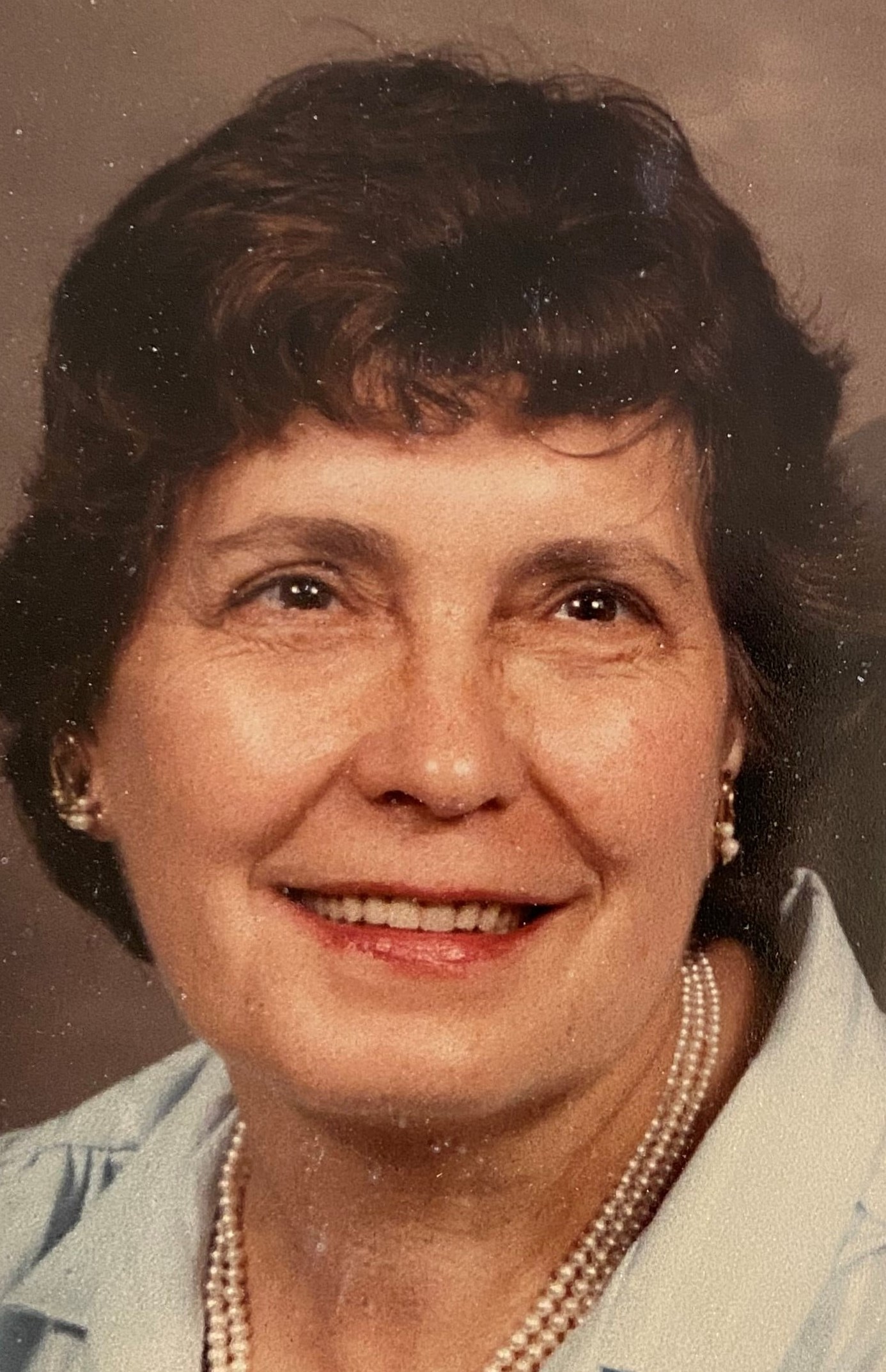 Anna Mae McPeak, 94, formerly of Wellsville, died at home in Chillicothe, Ohio on Saturday, December 4, 2021 after a brief illness.

Anna Mae was the daughter of the late Joseph and Ruth (Orr) Kreefer.  She was born March 15, 1927 in East Liverpool, and attended school and high school there, graduating in 1945.

She became employed by the East Liverpool Car Barn in the accounting department, and it was there that she met the man who would become her husband, James Newell McPeak.  They were married on August 23, 1948. And soon settled in Wellsville.

Anna Mae became a homemaker and devoted mother of three children, instilling in each of them a love of reading, of music, and particularly, of Christmas.  Due to her influence, the three still shamelessly over decorate for the holiday.

In later years, she became very active in the Lady Knights of Knights of Columbus, Council 507 of Wellsville, and served as its President for a significant number of years.  She also worked for several retail stores.

She is survived by her three children: James and his husband Greg Harig of Cleveland; Judy Wellington of Chillicothe; and Jeannie and her husband Mike Lanave of Wellsville.  She is also survived by her doggie companion Milo the bichon frise.

Her husband, Jim, died in 2005.  She is preceded in death by her brothers, Joe, Harry and Bob; her son-in-law, Bruce Wellington; and her grandson, Jamie Wellington.

Visitation will be held at Care Funeral & Cremation Specialists- MacLean Chapel on Riverside Avenue, Wellsville, on  Friday, December 10, 2021 from 2PM-4PM and 6PM-8PM.  The funeral will be held at 11AM on Saturday with Dr. Michael Silveus from Holy Trinity Church officiating.  Anna will be laid to rest at St. Elizabeth Cemetery in Wellsville.

To read this obituary, sign the guestbook, and leave condolences to the family at carechapel.com