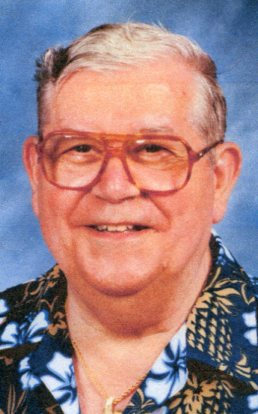 Albert R. Winters of East Liverpool, OH, went to be with our Lord April 3, 2018, following a brief illness at Calcutta Health Care Center under the care of Hospice of the Valley.
He was born on January 23, 1931 in East Liverpool, Ohio to the late Joseph M. and Anna P. Sharkey Winters. He loved his family and was a devoted husband and father, grandfather and great grandfather. Albert was a lifetime member of the V.F. W. Post #66 having served in the Marine Corps during the Korean War, a Trustee Adjutant and a member of the American Legion Post #374. He retired from the Columbiana County Courthouse having worked 31 years in the Tax Map office as a Chief Draftsman. He was Catholic by Faith and previously attended the former St. Aloysius Church.
In addition to his parents he was preceded in death by brothers: Joseph “Mike” Winters and Richard “Dick” Winters; sons: Michael A. McLaughlin and Matthew Albert Winters.
He is survived by his wife of 46 years Nancy L. (Gessford) Winters; children: Harry (Susan) Winters, of East Liverpool, OH, Jeffrey (Amy) McLaughlin of New Manchester, WV and Nancy L. Perkins of East Liverpool, OH; 7 grandchildren: Annie McLaughlin, Katelin McLaughlin, Heather & Adam Murphy, Whitney & Jacob Logan, Kayla & Chase Capito, Matthew McLaughlin and Nicholas Turkaly; 7 great grandchildren: Kennedy, Mark and Taylor Douglas, Caydence and Kayleigh Wright and Noah and Isaac Murphy; several nieces and nephews and his faithful companions Sonny & Queenie.
A private graveside ceremony will be held at a later date, for family and friends and will be held by invitation only, where full military honors will be given.
Memorial Contributions may be made in Albert’s name to the Tri-State Burial Group or the Hospice of the Valley.
The Calcutta Chapel of the Martin MacLean Altmeyer Funeral Homes has been entrusted with his arrangements. Family and friends may view this obituary, sign the guestbook or send condolences online at www.martinmacleanaltmeyer.com or by visiting the funeral homes Facebook page.