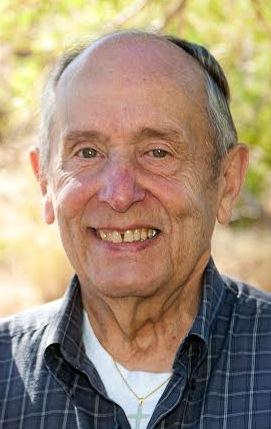 Adrian A. Kithas, 83 of East Liverpool, Ohio passed away at Good Samaritan Hospice in Beaver, PA on Monday, June 25, 2018 following an extended illness.
He was born in Detroit, Michigan on September 21, 1934 a son of the late Anthony and Harriet (Ellis) Kithas. Adrian was a 1953 graduate of River Rouge High School in Detroit, MI was Greek Orthodox by faith and a veteran of the United States Army. Moving to this area in 1963, he was the owner and operator of Adrians Restaurant, retiring in 2009. He was a member of the former East Liverpool Jaycees and a current member and charter of the Calcutta Rotary. Adrian received the Paul Harris Award, was a former member of the Board of Directors for the Chamber of Commerce and received their entrepreneur of the year award in 2000 and the 1996 Citizen of the year.
He is survived at home by his wife Patricia (Bryan) Kithas whom he married August 12, 1961; two sons: Andrew J. Kithas and his wife Betsy of Calcutta, OH and Joseph A. Kithas and his wife Phoebe Kuo of Las Vegas, Nevada; two daughters: Kimberly Kay Cowdery and her husband Larry of Long Bottom, OH and Carol Catherine Kithas and her Fiance Jim Grim of Salem, OH; a brother: Pete Kithas and his wife Tula of Trenton, MI and five grandchildren: Kyle Kithas, Lauren Kithas, Tyler Kithas, Michelle Kuo-Jackson and Matthew Kuo-Jackson and several nieces and nephews.
In addition to his parents he was preceded in death by two sisters: Harriet Kithas and Joanna Ustztics.
Services will be held at the Calcutta Chapel of the Martin MacLean Altmeyer Funeral Homes on Monday, July 2, 2018 at 11 AM with Pastor Allen Drake of the Living Word Church officiating. Burial will take place in Columbiana County Memorial Park where Father Michael Ziebarth of the Life Giving Fountain of the Greek Orthodox Church in Martins Ferry, Ohio will perform the committal service.
Family will be present to receive friends at the Calcutta funeral home on Sunday, July 1, 2018 from 12 to 4 PM and 6 to 8 PM.
Memorial Contributions may be made to the Calcutta Rotary Scholarship Fund: C/O Rotary Charities, PO Box 2196, Calcutta, Ohio 43920.
Family and friends may view this obituary, sign the guest book or leave condolences at www.martinmacleanaltmeyer.com or by visiting the funeral homes Facebook page.